Visitors can visit sariska tiger reserve throughout the year, but the best time to visit in sariska national park is between October to June.

The area of national park is strictly kept for the improvement of the wildlife & biodiversity, and where activities like forestry, developmental, shooting, poaching, and grazing on gardening are not allowed.
The area of sariska is rich in mineral sources, such as copper.

The climate of Sariska National Park

The Climate in Sariska National Park is not specific.
let’s have a look at the brief description of the weather of various seasons.

Summer : In Sariska Wildlife Sanctuary the summer months ranges from ‘March to June’. Here March – June is usually recorded very hot and the temperature reaching at a point of 49°Celsius, so those who can tolerate heat, this time is best to view animals.

Monsoon: Sariska Wildlife Sanctuary experiences monsoon from ‘July to September’. As Monsoon is occasional here, at some point of time it receives very heavy rainfall and sometimes no rainfall. So mostly the temperature recorded during this time is hot and falls by only a few degrees.

Winter: In Sariska Wildlife Sanctuary the winter months begins from ‘October to February’, the temperature recorded during this time among 15°C to 25°C. 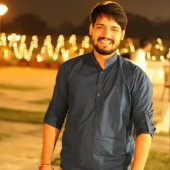 My name is Gandharv Madan. I am pursuing MCA in the field of computer science from Lal Bahadur Shastri institute of management which is affiliated to IP University,Delhi. Parallerly I am doing internship in fieldking (Product based Marketing manufacturing company) where I am a software quality assurance trainee there. My hobby is to write blogs.